It's the most visited and photographed temple in Bali and one of the most important and venerated sea temples by the Balinese. Famed for its unique offshore setting and sunset backdrops, this ancient Hindu shrine dedicated to the god of the sea is perched on top of an outcrop amidst constantly crashing waves.

However, due to the century long erosion, it had to be fully restored in 1980 in order to prevent its structure from crumbling and a third of the present temple is actually artificial rock.

Influenced by Balinese mythology and hinduism, Tanah Lot is one of seven sea temples around the Balinese coast - one within eyesight of the next - to form a chain along the south-western coast. 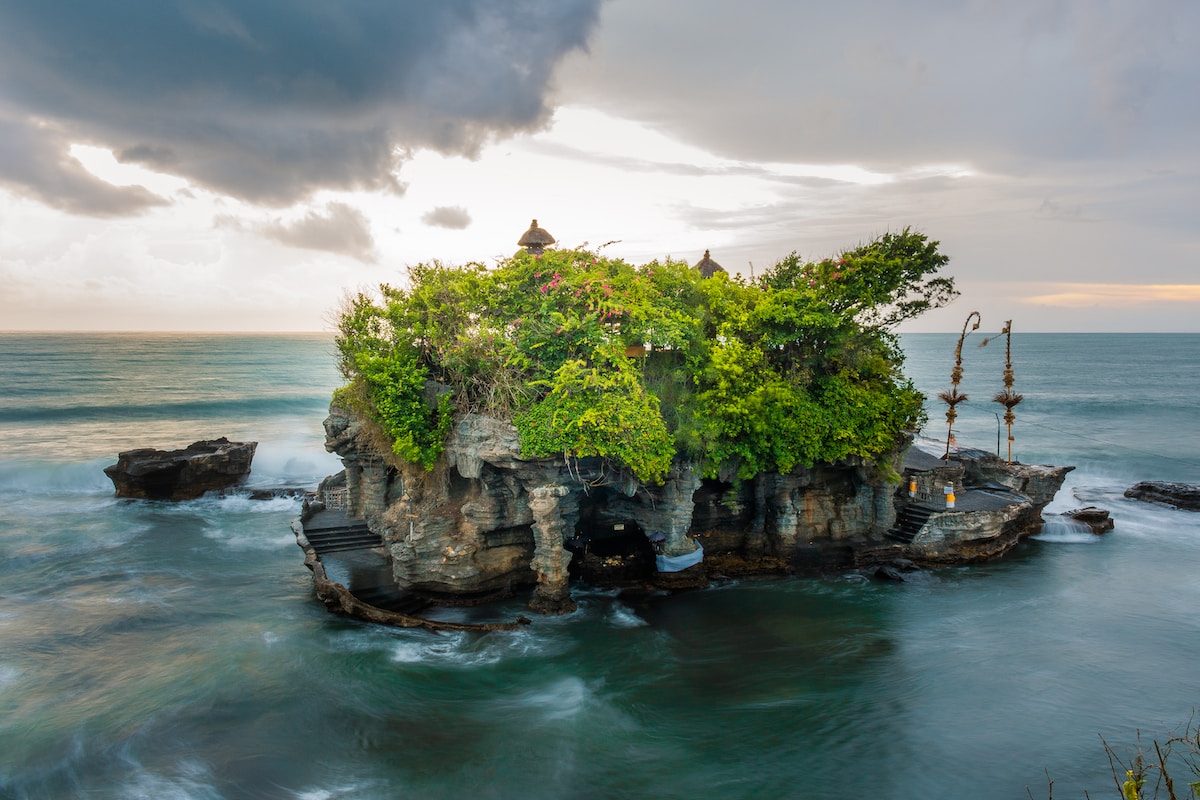 You can walk over to it at low tide by taking the walkways from the vast parking that take you to the rock base where the legendary ‘guardian’ sea snakes dwell in crevices around the Tirta Pabersihan fountain. At high tide, waves flood the causeways making the crossing impossible.

Although it is a very popular tourist attraction and you cannot enter the temple grounds, the site is very scenic and nothing less than picture-perfect. Pura Tanah Lot is located in the Beraban village of the Tabanan regency, an approximate 20km northwest of Kuta.

Got inspired? Get in touch!

We just sent you an email. Please click the link in the email to confirm your subscription!